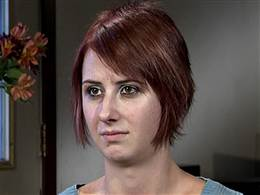 Whitney Kropp is enjoying her 15 minutes of fame, but the reason is hardly worth celebrating. A month ago, the 16-year-old from West Branch, Michigan was nominated to her high school’s homecoming court as a malicious hoax ridiculing her lack of popularity. The teen was crushed—even admitted to feeling suicidal—before a well-meaning stranger rallied support on Facebook and her plight became viral.

Katie Couric invited Whitney and her mom to appear on her new afternoon talk show as support poured in from Kid Rock, Lindsay Lohan, Adam Lambert, Carly Rae Jepsen and 144,000 fans of the “Support Whitney Kropp” Facebook page. Concerned residents from her town and throughout the world responded in ways big and small. She received a total makeover including new hairdo, dress and tiara with flowers sent from an admirer in Beijing. After the Kropps appeared on her show, Couric offered to pay for a family trip to Disney World.

“I’m not this little dog toy that you just throw around to give to your dog. I’m not this joke that you people think I am,” Whitney said, “…‘cause now, with this going on, I feel a lot stronger than I have ever been before.”

This young girl may feel vindicated, but most picked-on kids and teens don’t get this chance. Thousands of children are singled out every day in schools and on playgrounds; they may be fat, gay, bookish, socially awkward or just plumb dumb and homely. Bullying is not a new phenomenon, but with the advent of YouTube and the runaway coarseness of American society, it has taken on a new level of malevolence.

Beyond a few high profile cases, Lady Gaga’s posturing, banal public service announcements and the proclamation of “National Anti-Bullying Month,” the issue is ignored, even tacitly embraced in popular culture. Ironically, the people who trumpet peace-love-and-understanding often are the same ones who deride the traditional values of self-sacrifice, respect and humility.

The results should come as no surprise. American kids—whose use of entertainment media exceeds 53 hours per week—are mimicking the cruelty they see and hear during most of their waking hours. The results of a steady diet of calling unattractive girls “grenades” on “Jersey Shore,” and singing along to Tyga’s “Rack City bitch, rack rack city bitch” takes its toll. So too does the uncensored bile spewed by prominent voices. You don’t have to look far for evidence of public invectives as these recent examples show:

Thankfully, decent folks are disgusted by the bullies and jerks in their personal lives. In the public arena, however, we have become jaded, rarely reacting to repulsive attacks on groups or individuals alike. This indifference is sending a message to our kids: Making fun of someone we dislike is conditionally acceptable.

The cult of callousness goes way beyond fictional portrayals onscreen or song lyrics; it’s become the new normal in reality television and news media as well as in the unscripted broadsides from loudmouth celebrities. Coming from these very same people, the anti-bullying bromides are particularly disingenuous.

Megyn Kelly got it right; as the grownups in the room we need to repel the negative influences and call them out strongly and unequivocally. Our kids are watching, listening and learning. Ask Whitney Kropp and Karen Klein.