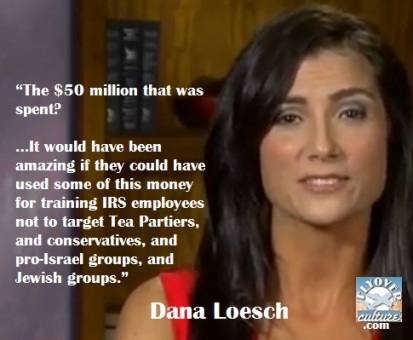 You don’t have to be a body language expert to see the stark difference between a person speaking truthfully versus someone who dissembles, stammers, interrupts, makes excuses, and changes the subject.

Earlier this week on “Hannity,” radio host Dana Loesch and Democratic strategist Mark Hannah debated the IRS persecution of conservatives and the news that in the past two years the agency spent $50 million on idiotic conferences and $92 million in bonuses.

A reasonable person, regardless of political philosophy, would agree that these revelations are despicable, even criminal. Well, at least they should.

Not so in today’s liberal-land. Break the law? Intimidate American citizens? Waste millions of taxpayer dollars to entertain and reward yourselves? No problem—if it’s all done to support the progressive cause.

Enter Mark Hannah. Rolling out the White House’s (Who are you going to believe—me or your lying eyes) “Groucho defense,” he threw mud balls hoping one—any—would stick:

Hey, even amateur body language observers can clearly see whose telling the truth here. See for yourself: