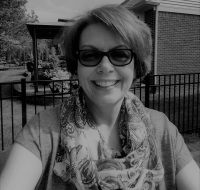 As the daughter of a pizza shop owner, I grew up in a working-class suburb of Detroit dreaming of rock and roll and smelling of pepperoni. Because I couldn’t sing or play the guitar and had enough of working behind 500 degree ovens, I went to college intending to uncover the next Watergate.

I moved away from journalism to begin working for grass roots non-profits in the 1980s, serving violence victims, teen parents, abused kids, and under-performing schools in Colorado and Michigan. Later, I served as an executive director, consultant, communications director, and board member for other arts, education, and human service organizations.

In the mid-2000’s I founded “NativeVue,” an e-zine dedicated to Native American film and media and was a columnist for Scene4 Magazine and Native American Times. The mother of two adult children, I live in Michigan with my ever-patient husband Barry.