Politics aside, last week’s Vice Presidential debate between Joe Biden and Paul Ryan was painful to watch: A well-prepared, earnest young man attempting to have a civil discussion with a cackling fool. The clownish behavior was not, to quote various media sources, because Biden was “fiesty,” “passionate,” had taken “the fight to Ryan,” or “had the Congressman on the ropes.”

Nosirree. It was simply a bizarre, rude display of buffoonary utterly unbecoming of a man in his position. As columnist Charles Krauthammer said, “Biden’s debate preparation was watching repeatedly ‘The Shining.’ And I think he did an excellent imitation of Jack Nicholson.”

The following memes and GOP-sponsored “Laughing at the issues” video say it best. (Click to enlarge images). 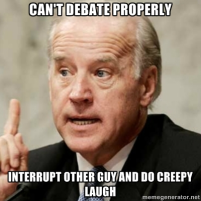 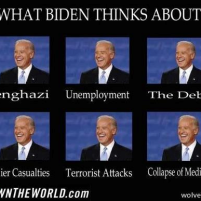 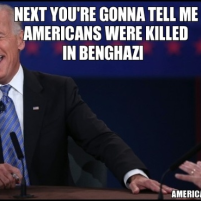 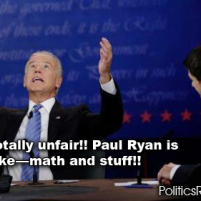