A long time ago in a galaxy far, far away was a media dedicated to providing facts to the American public. Editorially, newspapers had a partisan slant but the best prevented bias from spilling over to the news coverage. We shared our dinner hour with Walter, David and Peter and although all three were unapologetic liberals, viewers didn’t feel misled and patronized by the anchors or correspondents. Overzealous young reporters like me would be kicked in the rear for using adjectives and pronouns. By design our press was adversarial; they weren’t propagandists for any political party.

My, have things changed. Despite their cries to the contrary, the majority of establishment media today makes little attempt to disguise their elitism, political leanings and out-and-out disdain of most Americans. When inconvenient, scandals and corruption are ignored; intolerance is fine—even funny—when it’s aimed at the “other.”

In the electronic age, however, we derided “others” have a platform all our own. And we’re using it. In light of the disgraceful coverage of the 2012 election and the press blackout on the Benghazi terrorist attack, welcome to our WEEKLY MEME MASH: lapdog media edition. 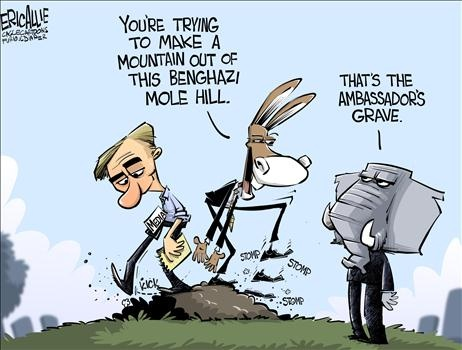 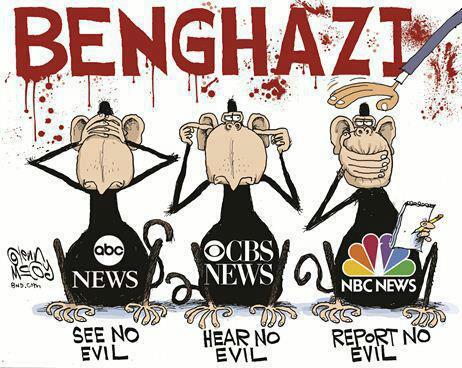