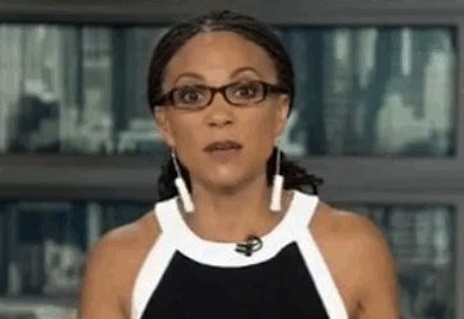 Yes, we already know that MSNBC is a cultural train wreck: A place where the network’s major “talent,” plucked from a musty sociology classroom or the local pub, shriek that “Chicago” and “IRS” are racist code words. A place where these same hosts deem it reasonable to throw bags of feces, urine and used tampons at Texas legislators voting for new abortion restrictions.

Fortunately, MSNBC’s ratings stink as bad as the pee-and-poop-protesters. When in the mood for some comedy relief, however, I do tune in.

This week’s star loon is Melissa Harris-Perry. First, when hosting a panel discussing the recent Detroit bankruptcy filing, she said “This is what it looks like when government is small enough to drown in your bathtub.” Nosirree—Detroit didn’t crash because it was $18 billion in crushing debt due to 60 years of runaway spending, corruption and disastrous Great Society programs. IT WAS BECAUSE GOVERNMENT WAS TOO SMALL.

WAIT—there’s more. To show that she’s simpatico with the pro-abortion mob who were prevented from throwing their waste products around the Texas Capitol, she donned tampon earrings. Yuk…yuck.

That’s not where tampons go, Melissa…