Talking memes?!  Hear the voices behind the quotes. 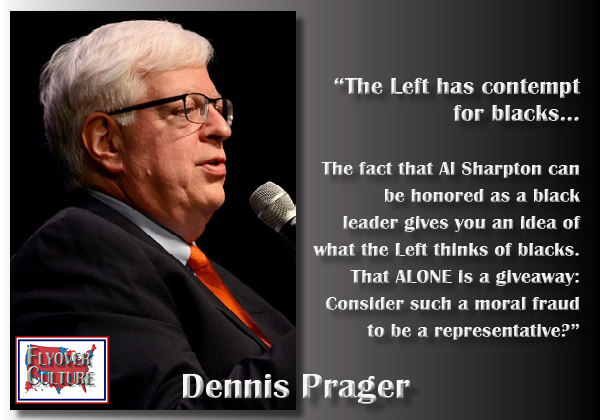 Al Sharpton is a demagogue, racist, anti-Semite, serial liar, rabble-rouser, tax-cheat, cable-news host, and shakedown artist. He also has the blessing of the President of the United States as the Administration’s designated go-to guy on racial issues.

No matter how unseemly his behavior, Rev. Al stands arm-in-arm with liberal leaders, has spoken at the Democratic National Convention and visited the Obama White House more than 60 times. Photos of him hugging and mugging with the President send a powerful message: This man has power, particularly in the black community.

The latest in the despicable bobble-head’s schemes — which include the Tawana Brawley hoax, Freddie’s Fashion Mart, the Crown Heights riots that resulted in the murder of a young Hasidic Jew — involves the family of Eric Garner, the unfortunate petty criminal who died last July while being detained by NYPD officers. The cell-phone video of Garner crying out“I can’t breathe” became a rallying mantra for anti-police anarchists.

The fact that Sharpton has exploited Garner’s grieving widow and children to burnish his bank account and reputation is nothing new. This time, however, someone other than conservatives is on record confirming it. A video secretly recorded by Project Veritas reveals that Eric Garner’s daughter along with the attorney for the Michael Brown and Trayvon Martin families all confirm that Obama’s go-to guy is “all about the money.”

Why, of course he is. And the progressive left who anoint his demagogic tactics know this too. Nevertheless, Democrat politicians embrace this bully-boy for one very important reason: Demonizing white conservatives is effective in keeping black Americans firmly in the Democratic voting block.

Radio talk show host Dennis Prager recognizes the contempt the left holds for African-Americans and he’s not afraid to say it. If only more voices on the right would show the courage to do the same…